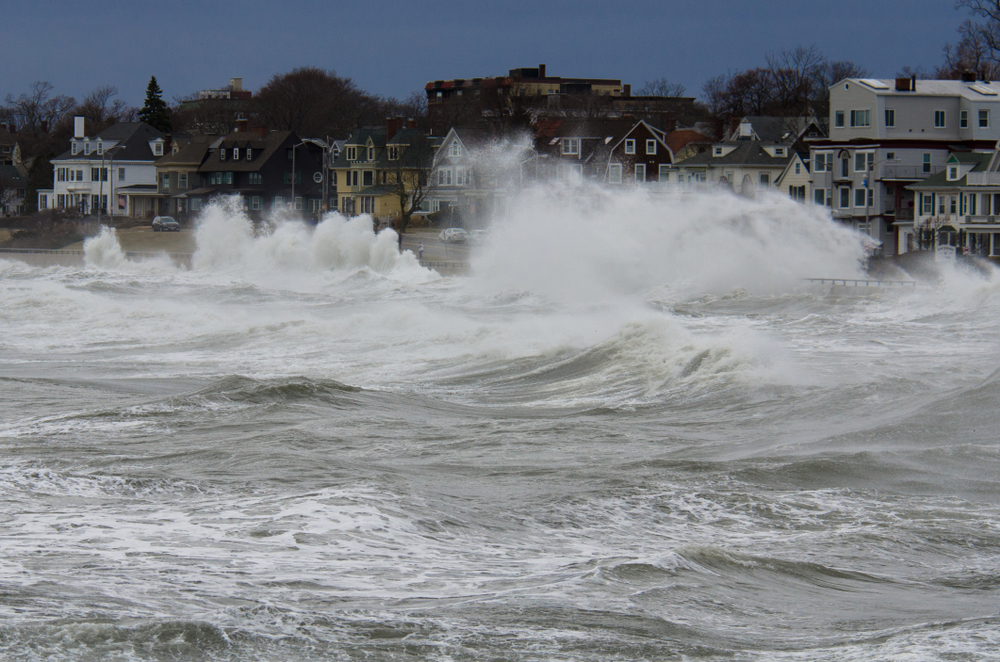 Billions of dollars of property are at risk of chronic flooding in the coming decades, according to a new study from the Union of Concerned Scientists, a science-based advocacy organization.

The study, titled “Underwater: Rising Seas, Chronic Floods, and the Implications for US Coastal Real Estate,” explores the future effects of climate-driven sea level change on certain communities. According to this analysis, nearly 2.5 million properties will be at risk of chronic flooding – at least 26 flooding events per year – by the end of the 21st century.

Florida and New Jersey will be the most affected by the future floodings, according to the report. Within the next 30 years, about 64,000 homes in Florida (12,000 of which are in Miami Beach) and 62,000 in New Jersey (more than 7,200 in Ocean City) will be at risk of chronic flooding.

A graphic of “Figure 1: What is Chronic Inundation?,” displayed in the study titled, “Underwater: Rising Seas, Chronic Floods, and the Implications for US Coastal Real Estate (2018)” by the Union of Concerned Scientists. (UNION OF CONCERNED SCIENTISTS)

Businesses in those states also stand to be impacted significantly by chronic floods. “Of the roughly 14,000 commercial properties at risk on US coasts within the next 30 years, more than one-third are in Florida and New Jersey,” according to the report. “Those same two states are home to 45 percent of the commercial properties, coastwide, that would be at risk by end of the century.” The risk of chronic flooding will also affect tourism, especially in states known to be beach tourism destinations: New Jersey, North Carolina, South Carolina and Texas.

A graphic of “Figure 2: Residential Properties at Risk in 2045 and 2100,” displayed in the study titled, “Underwater: Rising Seas, Chronic Floods, and the Implications for US Coastal Real Estate (2018)” by the Union of Concerned Scientists. (UNION OF CONCERNED SCIENTISTS)

The study emphasizes that wealthier cities may be able to raise money to cope with the consequences of chronic flooding. Miami, for example, dedicated $192 million in 2017 to measures to protect the city from sea level-rise induced flooding – but many communities do not have this option. The report notes that 40 percent of the communities that can expect significant chronic flooding by 2045 have poverty levels above the national average.

“The places that jump out are coastal Louisiana and parts of the Eastern shore of Maryland – those are rural, remote areas where people tend to be working class, many living off local resources, and it makes sense that they might get hit harder,” says Erika Spanger-Siegfried, one of the authors of the report.

Communities in Maryland, Texas and New Jersey are among those with higher-than-average populations of elderly residents, who tend to have fixed incomes and whose personal wealth is tied up in their properties. When these properties are at risk of chronic flooding and lose value, the owners are financially hurt, as they cannot rely on future incomes to help regain some of that lost wealth. Of the 400 U.S. communities that will be affected by chronic flooding (over 50 homes at risk per community), about 60 percent currently have a large share of elderly citizens.

The sea-level rise scenario being used in the report assumes that carbon emissions will continue to increase and rising temperatures will cause loss of land ice, leading to an estimated 6.6 feet of global sea level rise by the end of the century. “When we present these results we emphasize that high scenario because it is recommended for use in situations where there is a low tolerance for risk, and for most people, their home is their greatest asset, and loss of their home is something which they have a very low tolerance for,” Spanger-Siegfried says.